Of Destinations and Destinies..

Check out this soulful number from `Seema’ – the inimitable Balraj Sahni (ok, Mohd Rafi) pacifying the restless Nutan, as she tries to flee, to run from life..

Good question. So where exactly is home?

In the 28 years that I served in the Army, I saw 12 postings, changed 29 houses, and my children attended 11 different schools!  In contrast, the 18 years that preceded my joining the Indian Military Academy were all spent at Poona, in practically the same house, and I attended just 2 schools!

After hanging up my boots (Oxford pattern shoes, actually) at the end of the 20th Century, I joined the Corporate sector, and moved from Delhi to Poona to Kuwait to Iraq to Calcutta, then finally back to Poona again. The circle is now complete, am back in the familiar surroundings of Pudumjee Park, where it had all begun.

Am lucky I have roots to fall back to. And luckier still that the evening of life finds me back among those roots. But what of my kids, or the kids of all my fauji mates – what place will they call home? Of the 11 schools they attended, they only remember the Army Public Schools at Bangalore and Dhaula Kuan (Delhi) with any degree of fondness. As for places, it’s only Udhampur, Bangalore and Delhi that are spoken of with any affection.

Of course the frequent moves and changes instill in the fauji kids a sense of bravado and confidence and an in-your-face presence, as any Miss India pageant will testify. I attended the May Queen Ball held at the Army Club last month, and was totally floored! Of the 14 finalists, 12 were in the age group of 16 to 18 attending Class 11 or 12, one was a medical student in her 20’s, and the oldest, at 32, was actually a mother of two! And what confidence they all oozed as the sashayed down the ramp. The Army – and by extension the Navy and the Air Force – must be doing something right!

But the lack of roots is something that must hanker.

The very same Balraj Sahni, this time in the voice of Manna Dey, pines for his `home’ in Kabuliwala. Note the heart wrenching lament..

The tug of the heartstrings for one’s roots is palpable. In his memorable ode to the Indians who died in Africa, TS Eliot says..

A man’s destination is not his destiny
Every country is home to one man
And exile to another. Where a man dies bravely
At one with his destiny, that soil is his
Let his village remember..

Am not religious by any standards. But the only place I have felt myself treading on hallowed ground is at a War Cemetery. The one at Kohima reduced me to tears. Young, 19 year old boys lie buried so, so far from their homes – generations of Britishers still visit these graves – this soil is surely theirs, and it is heartwarming that their villages back home in England still remember. 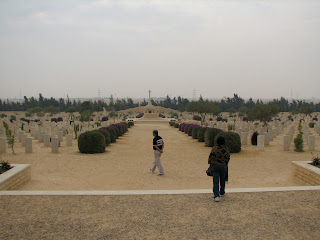 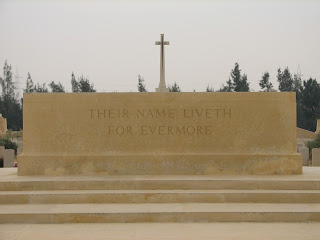 I also had occasion to pay homage at the El Alamein War Cemetery in Egypt. The cemeteries of the Allied soldiers lie just across the road from the German ones. They fought tooth and nail for that desolate desert stretch in a battle that was to turn the tide of the Second World War, and now lie forever almost within hand shaking distance.


My children were not surprised to see the mist in my eyes, and my daughter – as only daughters can – gently held my hand. Surely their lives meant something, I said. She quietly pointed to the memorial which said `Their name liveth forevermore’.

I guess, in a manner of speaking, they were finally home.