“Here’s my latest Business Card”, she proffered. I was surprised. Having taught for 30 odd years, she was now a `retired school teacher’. Veli, like the rest of us. Or so I thought.

The Card read `Ms So-and so, Parenting Expert’. Hain??  When had that transformation taken place??

You teach in a school for most of your adult life, you raise a couple of `normal’ kids, normal meaning neither Einsteins nor Al Capones, and overnight become an expert at parenting?  What skills do you acquire? More important, are there any skill sets that you can acquire or even teach to people? 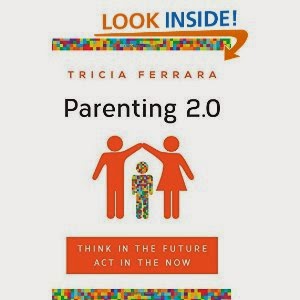 I asked her as much. “I’m now a global ambassador for Parenting 2.0!” she announced with the delicate flourish of an ostrich laying an egg.

She gave me the typical `school teacher’ look, the one they reserve for the more severely challenged of their students.

“Google it!” was the cryptic response.

I did. Apparently it is a collection of retired school marms, spread across the world (hence the `global’ ambassador bit), and even has its own website.

But I was intrigued. Having been brought up by parents whose parenting skills were questionable at best, and having barely raised the bar a notch or two myself, I was definitely intrigued.

All the `skills’, she told me, can be summarized and bullet pointed into one Power Point slide, as under:-


Simple, hain ji? Not quite!

Let’s do a small exercise.

Take an A4 size sheet of paper and pen. Draw up a list of your siblings and/or close friends, and sort the list as per the above qualities, the best at the top and so on. Call that Column A.

Now draw up a list of their children at Column B and sort that column according to how well the kids have turned out.

You could also draw up a third Column C of their kids, and sort it in the same manner.

You’d think the best parents would have the most well rounded kids. You’d imagine that the lines connecting parents to kids and further to grandkids would, by and large, be straight horizontal lines, wouldn’t you? Well, you’ll be in for a rude shock!

In my case, the lines were completely zigzag. How could `below average’ parents produce such terrific, well rounded kids, and how could those terrific kids then go on to produce their own kids who were the very antithesis of `achchey bachchey’?

So is all this `Parenting 2.0’ or parenting skills coaching just a lot of hogwash? Is it just a case of playing blind, a lottery over which one has little or no control?

One would be tempted to think so. But let’s not trash their efforts out of hand. We can only make efforts at being better parents, and hope like hell that those efforts pay off.

I know of a mother who strove to raise her kids as a single parent, slogging to be both mom n dad, slogging to impart her own values to her children. She was a sublime parent by any standards. But her kids won’t even talk to her today, even though she’s well into her 80’s! And they’re good kids otherwise, mind you.

So yes, do your bit. And hope for the best. Pray, if you happen to be spiritually inclined.

But please don’t hand me a Business Card that qualifies you as a `Parenting Expert’. There’s no such thing, believe me.

As I never tire of saying, the only thing I know about parenting is that by the time you get the hang of it, you’re simply and unceremoniously fired from the job!
Posted by Harish Puri at 23:18