Pakistan - A Sporting Nation No More...

Nasir Jamshed averages an incredible 102 as an opener against India. Why, in God’s name, would Pakistan sideline him and opt for the ageing warhorse Yunus to open the batting??

Asif and Amir already stood banned for spot fixing in 2010 (surprise, surprise, Salman Butt now confesses to the crime!), Ajmal has been banned for bowling like a baseball pitcher, Hafeez and Junaid were out due to injury.

So Pakistan was already on the backfoot. Then they go and shoot themselves in the foot through selection blunders! Had they lost the match even before the first ball had been bowled?

Yet, when India seemed to lose their way in the last few overs, I shuddered.

“Not a chance!” he dismissed.

“The pitch is flat” I warned.

“Our bowling is weak” I shook my head.

“Their batting is even weaker!” he countered.

His confidence in their penchant to self-destruct was unshakeable! 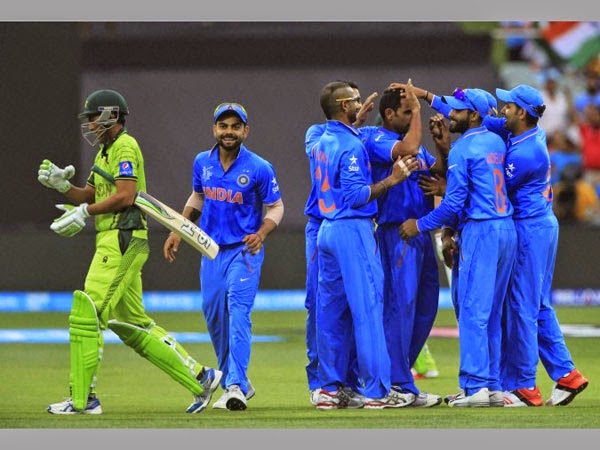 As things turned out, he was spot on. Pakistan committed hara-kiri as only they can. From a comfortable 90/1, they went to 100/2, then slipped to 104/5! Sohail, Shahzad, Maqsood and Akmal left in the space of a few overs.

The firecrackers in Karachi, as the Star Sports ad suggested, would have to wait another day.

In the sixties and the seventies, Pakistan was the cynosure of all eyes in the subcontinent. Their GDP was way higher than India, PIA was among the best Airlines in the world, and they justifiably preened themselves as our rich and glamorous neighbours.

The liberals in Pakistan today wax lyrical about those `good ol’ days’. They post old black and white ads of PIA on Twitter, showing smartly dressed stewardesses, frolicking hand in hand with the male cabin crew, and no eyebrows were raised. Glory days indeed!

On the sports field too they were way ahead. Of the top five squash players in the world, as many as four were Pakistani! Their hockey and cricket teams were world beaters as well.

On the ‘79 tour to Pakistan, Bedi’s India was roundly thrashed by Mushtaq’s Pakistan. Zaheer Abbas, with his silken artistry, had single handedly drafted the obituary of India’s famed spin quartet.

And they were gorgeous, boy were they gorgeous! From Fazal Mahmood to Imran to Majid to Sarfaraz, they were all Greek Gods!

Then Muhstaq went and ruined the moment by declaring “Muslims all over the world will be thrilled by our win!” I was astounded. Didn’t that jackass know that there were more Muslims in India than in Pakistan??

I think that one sentence summed up everything that went wrong with Pakistani sport. And in a sense, Pakistani sport became a just metaphor for the Pakistani nation. That’s when things really started going south.

PIA became `Please Inform Allah’. (To be fair Air India, at `Already Informed’, is no better!)

Today, while India is the fastest growing economy in the world, Pakistan is still struggling to come to terms with its `Muslim’ identity.

And Mushtaq, sadly,  wasn’t the only one. Years after his asinine comment, Shoaib Malik, who I cringe to refer to as India’s `son in law’ (Sania Mirza, seriously, what were you thinking?) remarked before a match that Pakistan was bound to win because Allah was on their side! The fact that they then went on to lose that match was probably because of the three Muslims in the Indian side!

There was a time when Pakistan’s sportsmen came from Aitichison College Lahore, or Oxford. Today they are picked off the streets of Rawalpindi, Gujranwala and Sialkot. They come from humble backgrounds, lack basic education, have no access to the lucrative IPL, and so fall easy prey to temptation or worse, radicalisation.

Eight of the players in the current World Cup squad are fined 300$ each for breaking the curfew. News just coming in speaks of Afridi, Ahmed Shahzad and Umar Akmal `misbehaving’ with the fielding coach, and the chief coach Waqar appears to have his hands full.
Yousuf Youhana (Joseph John) becomes Mohd Yusuf, grows a beard, swaps his `cross’ sign for a `dua’ in the hope that he will get to captain the side. Inzamam makes namaaz compulsory for the players, in the middle of the Lords ground, mind you! No wonder they slowly drift into the tableeghi fold.

In Sri Lanka, Ahmed Shahzad guarantees a place in Heaven for Dilshan if only he converts/reverts to Islam.

Surely Heaven can wait. Shouldn’t he try and win the World Cup first?

Today, no country tours Pakistan, and they’re forced to host their `home series’ in the UAE!

In a country ravaged by terror and internecine warfare, power cuts and dharnas, eleven men in `water melon’ green, playing cricket ten thousand kilometers away, offer the only hope for any cheer. Sadly, those men aren’t playing ball!

PS – Both Sid and I used to be fervent Pakistan supporters, but the behaviour of the Pakistani hockey team at the Champions Trophy dented that considerably.